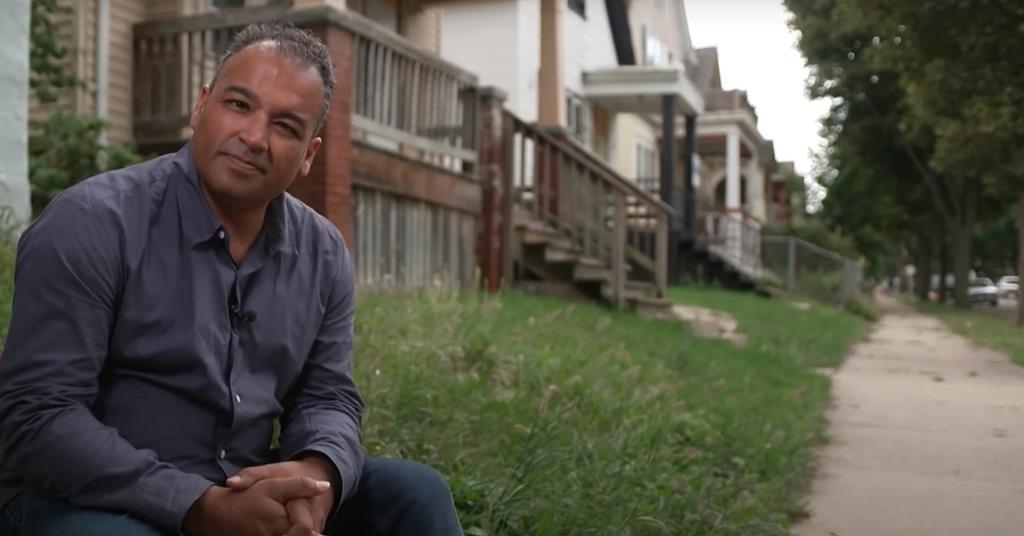 How is it possible to miss having meetings? At Channel 4 News, we’ve had too many meetings, spent too much time there, and said too much nonsense during them.

One principle was that anyone and everyone in the newsroom could pitch any idea, which is great in theory. People showed their knowledge of faraway places and little read books, scored points, made passionate speeches and teased each other like guests on a TV show.

How awful! How Channel 4! How I miss it! When the virus is defeated, will things be as before?

Of course not. Zoom meetings, working from home, and a relentless, all-consuming history of science and data changed us forever, but it also made us appreciate each other and the culture we took for granted: we We are journalists who fundamentally care, who want to reveal the truth, hold power accountable and still believe in the power of that to help make the world a better place, and who have enjoyed the camaraderie of sharing the same coin.

I remember my first morning meeting at Channel 4 News in 1998. A program editor eager to exert his authority was asking the crew questions about why their stories deserved to be on the show. “But isn’t that just a matter of numbers, Neil?” Why should I care about that?”

Economics producer Neil Macdonald, always with us and always patiently answering our questions, replied, â€œThere is no reason that you should care. Either you care or you don’t. I knew I was going to fit in.

Twenty-two years later, I found myself in Wisconsin in the midst of a pandemic-stricken US election campaign, filming our investigation into how the Trump campaign disproportionately targeted black people to dissuade them from voting. in 2016.

It was a story that brilliantly summed up how, on Channel 4 News, everything has changed and nothing has changed. A massive Trump campaign database leak had taken our team months to secure, decrypt, process and understand.

It was high tech, 21st investigative journalism of the century at its best. Yet when it came to revealing the impact of this digital deterrence strategy and telling the story to our viewers, it was as old-fashioned as it gets.

We had to find the humans in the machine and ask them how they felt. It meant taking the names of the data and going house to house knocking on doors to find them.

The story mattered and was noticed and picked up across America on social media, television, radio and print media; even Barack Obama nodded. People who responded often said the same thing – that it made them more determined than ever to vote in 2020.

The lesson for me was also clear: that digital journalism and understanding data is essential to telling the truth of this era, but age-old skills of storytelling and empowerment of power are crucial if you want viewers to hear it. notice.

I can’t remember a time when people in power liked to be on Channel 4 News. Thanks to Labor, Coalition and Conservative governments, we have never been the preferred port of call. We have always been expected to ask the difficult question without fear or favor and not be fooled by the repeated answer.

Politicians used to accept that this was part of their job in a democracy. As former Chancellor Ken Clarke would tell me, â€œIf you can’t defend your policy in a TV interview, it’s probably not very good policy.

But in recent years, some politicians have stopped believing that they should face tough questions. Rather, they prefer the media to be a channel for their message, not a place where it is tested. Dominic Cummings may be gone, but he’s not the only one in politics who wants to â€œhitâ€ difficult broadcasters and bring others to heel.

Some believe that the fewer regulated, independent and impartial news organizations there are, the better. Right now, the government’s scrutiny of public service broadcasting begs the question whether the UK even needs regulated channels beyond the BBC, including funding and licensing, of course. , control the government.

Through Channel 4 News, ITN serves Channel 4’s PSB mission to cover stories others don’t; serving the public – especially minorities that are not in the mainstream – and going to places of the world that are underestimated. This unique mission has always been the driving force behind the team and it literally determines our daily decisions.

“Some politicians have stopped believing they should face tough questions”

Once, during a Syrian border check, I was allowed to enter but my colleagues were refused because military intelligence had blacklisted them for having previously entered rebel territory. We had to decide what to do: should we all go back and risk never being allowed in or should I continue alone in Damascus?

The need to tell the story, knowing we were the only ones on British TV at the time, made me insist on joining our Syrian fixer and doing what I could.

Ten years ago, without a cameraman, editor or producer, I would have been stuck, unable to classify anything. All I need to do in extremis TV journalism these days is a smartphone, and while maybe a million people have watched the TV show, several million others have watched. on digital platforms.

This warrant is also the reason why – while no journalist from the outside could enter eastern Aleppo in Syria – we employed Waad Al Kateab as she documented the hellish impact of the advance. Russian and Syrian on his entourage. His Oscar-nominated documentary For Sama, produced by Channel 4 News and ITN Productions, had a profound impact on viewers around the world and with it carried the values â€‹â€‹of Channel 4 and UK public service broadcasting.

It’s also why we exposed Cambridge Analytica and then revealed Trump’s targeting of black voters in 2016 – not to vote for him but to make sure they don’t vote at all.

On the other side of the Covid disaster, we will once again have the time and freedom to travel to report all of those stories that the pandemic has squeezed out, and we will undoubtedly take into account everything we have learned this year about structural disadvantages and how something you think is a great leveler, like a pandemic, is actually discriminatory.

We also need to see how this changes the way we report other issues. In the meantime, I try to keep in mind the words of one of my most recent interviewees – via Zoom – the Dalai Lama: â€œChoose to be optimistic, it feels good.