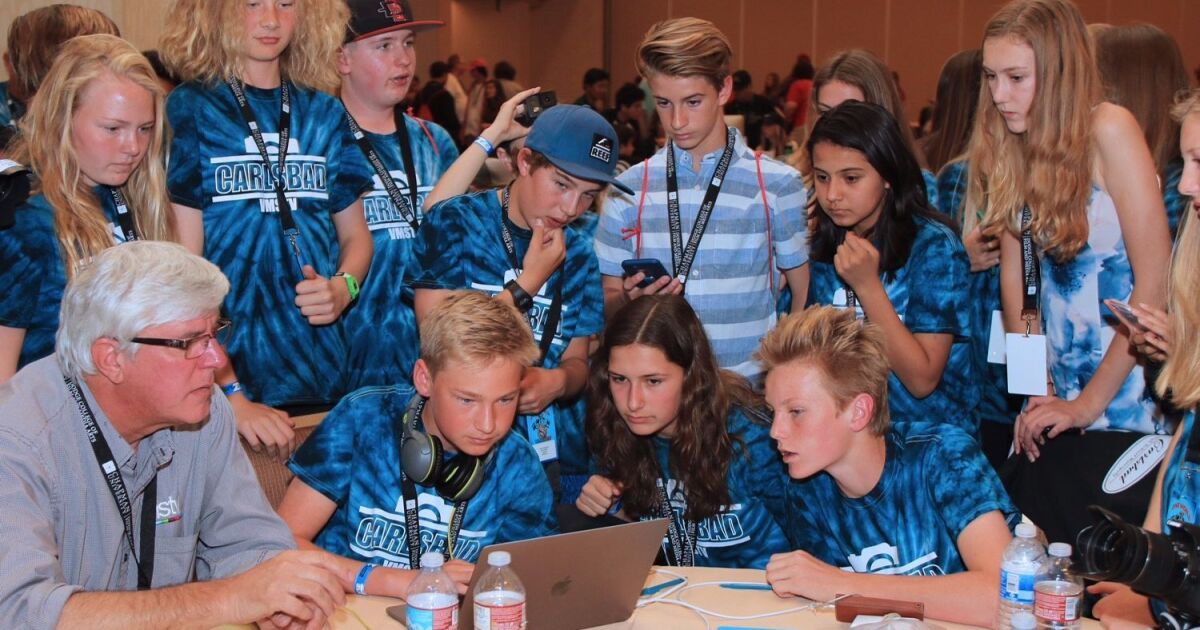 They didn’t quite win a ratings war, but broadcast journalism students from Carlsbad High School and Valley Middle School recently won the National Award of Excellence from the Student Television Network.

The announcement came recently from officials at the Student Television Network Convention in Anaheim, where thousands of students from around the world competed in on-the-fly shows as well as in categories such as sports highlights, music videos, silent films and public service announcements.

The CHS program has been the nine-time winner of the National Award of Excellence, and Valley Middle School has won the award five times, more than any other college in the United States.

â€œThe convention brings together 3,000 students from seven countries, and the level of competition is enormous,â€ said Doug Green, who teaches the Carlsbad high school and college programs. “Our students got to meet young reporters and filmmakers from hundreds of schools – and they quickly learned that they had a common bond: an interest in becoming great storytellers.”

Green, recipient of the 2016 California Teacher of the Year award, has been teaching broadcast journalism in the Carlsbad Unified School District since the 1990s at the college level and since 2002 at the high school level.

â€œAfter I became a teacher, I realized that video was a powerful way to engage students,â€ he said. â€œStudents quickly learn that working in the media is a privilege that comes with a great responsibility. Each student is above all a journalist and a storyteller.

These are 21st century professional skills, says Green: â€œIn a live television environment, students become confident collaborators, convenience stores, communicators, and they learn the importance of meeting deadlines. Most elementary schools in CUSD, he adds, have embraced digital media in one form or another.

But they don’t stop there, Green said. Other projects are underway, including a recently completed film project on people with disabilities and another on San Diego County schools that have partnered with businesses. â€œWe’re looking at summer projects in collaboration with local high-tech and bioscience companies that recognize our students have unique skills to help these companies tell ‘their stories.’ “

CUSD and other San Diego County schools have won these awards: