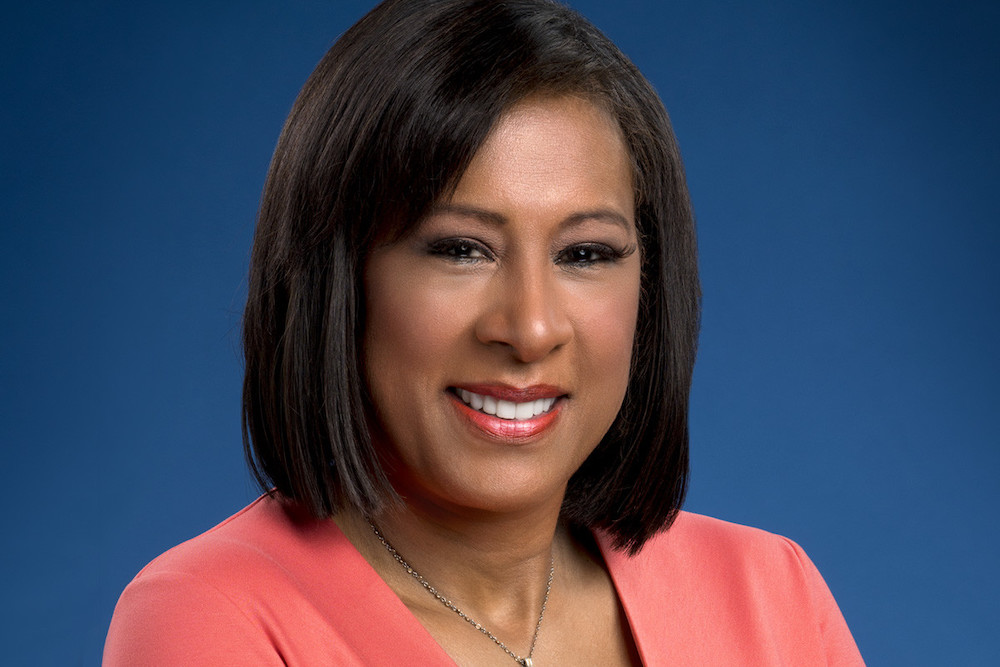 When Pat Harvey joined KCAL-TV in 1989, she was unsure of the massive impact it would have on broadcast journalism or the countless lives it would affect.

She arrived with an impressive resume, which included stints as the original presenter of CNN Headline News and later as a presenter on CNN’s Daybreak newscast. Missing out on the Chicago Superstation WGN news anchor, Harvey’s investigative reports into the high number of women dying from defective pap smears have led to legislation to regulate cytology labs in the state. 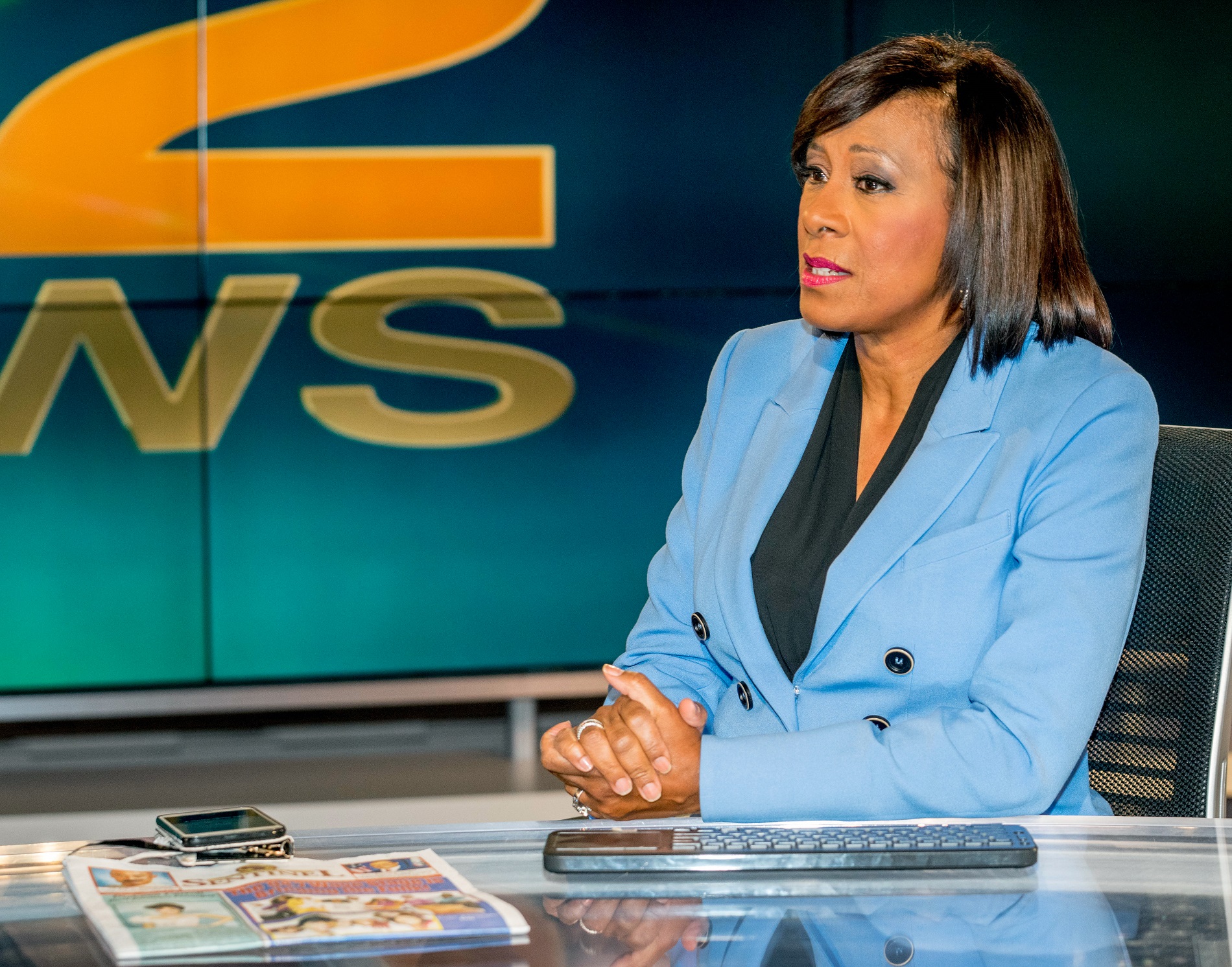 Since arriving in Los Angeles, Harvey has made an even bigger impression with his insightful, factual story telling people and issues related to the people of the city and beyond. For example, in 1990, she was a reporter for a series on the end of the civil war in El Salvador and interviewed a child who lost both legs after stepping on a landmine. Harvey’s report persuaded Loma Linda Hospital to take the girl to Los Angeles to receive free prosthetics. 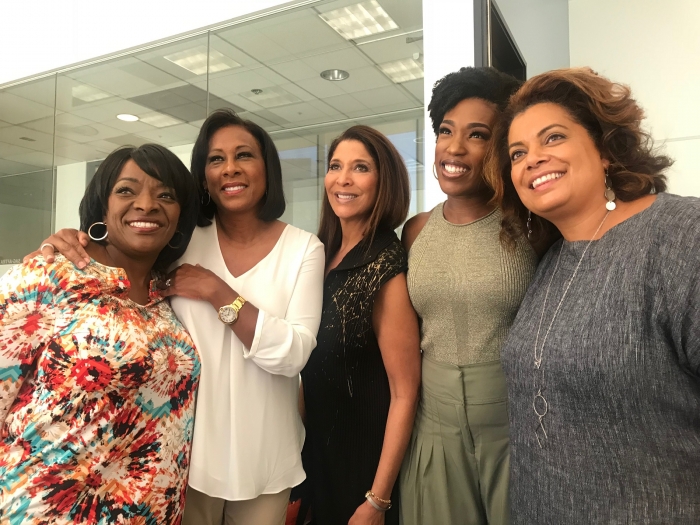 These types of stories – the ones that have a major effect on people’s lives – are what Harvey cherished the most during his long career in Los Angeles. And based on the many awards and honors she has received; it seems his viewers and colleagues recognize his gift as a broadcast journalist.

“I love my job and connecting with people and hearing from them. It makes me feel good and I feel like I’m doing what I’m supposed to do, ”she said.

Doing his job resulted in a cache of memorable stories for Harvey, which recalled the time in 1990 when Nelson Mandela visited Los Angeles after his release from prison. As KCAL News was relatively new, she did not have the opportunity to meet Mandela, but did cover his appearance at the Coliseum. 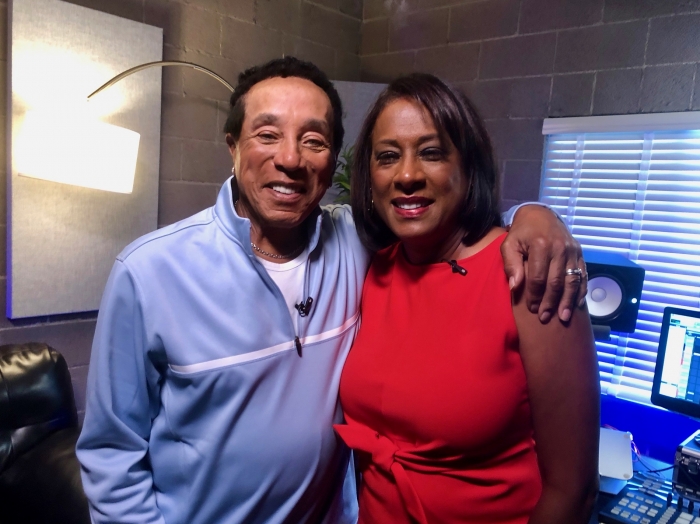 “There was a huge concert and we were on the rooftop and I met the late Stan Chambers, who was on KTLA. For me, being a beginner, it was very special, ”recalls Harvey.

“Fast forward to 1994, I went to South Africa to cover the first race of all races and met Nelson Mandela in an elevator. I didn’t have my cameraman with me at the time, but I was able to get hold of him and our story was amazing, ”she said.

Harvey and his associates encountered volatile situations due to the violence surrounding the election. After arriving in Johannesburg and collecting their luggage, a bomb exploded in the baggage claim area and another bomb exploded in the city center. “But, for some reason, I didn’t feel any fear,” Harvey said. “We immediately got down to work trying to capture these images and tell the story. “ 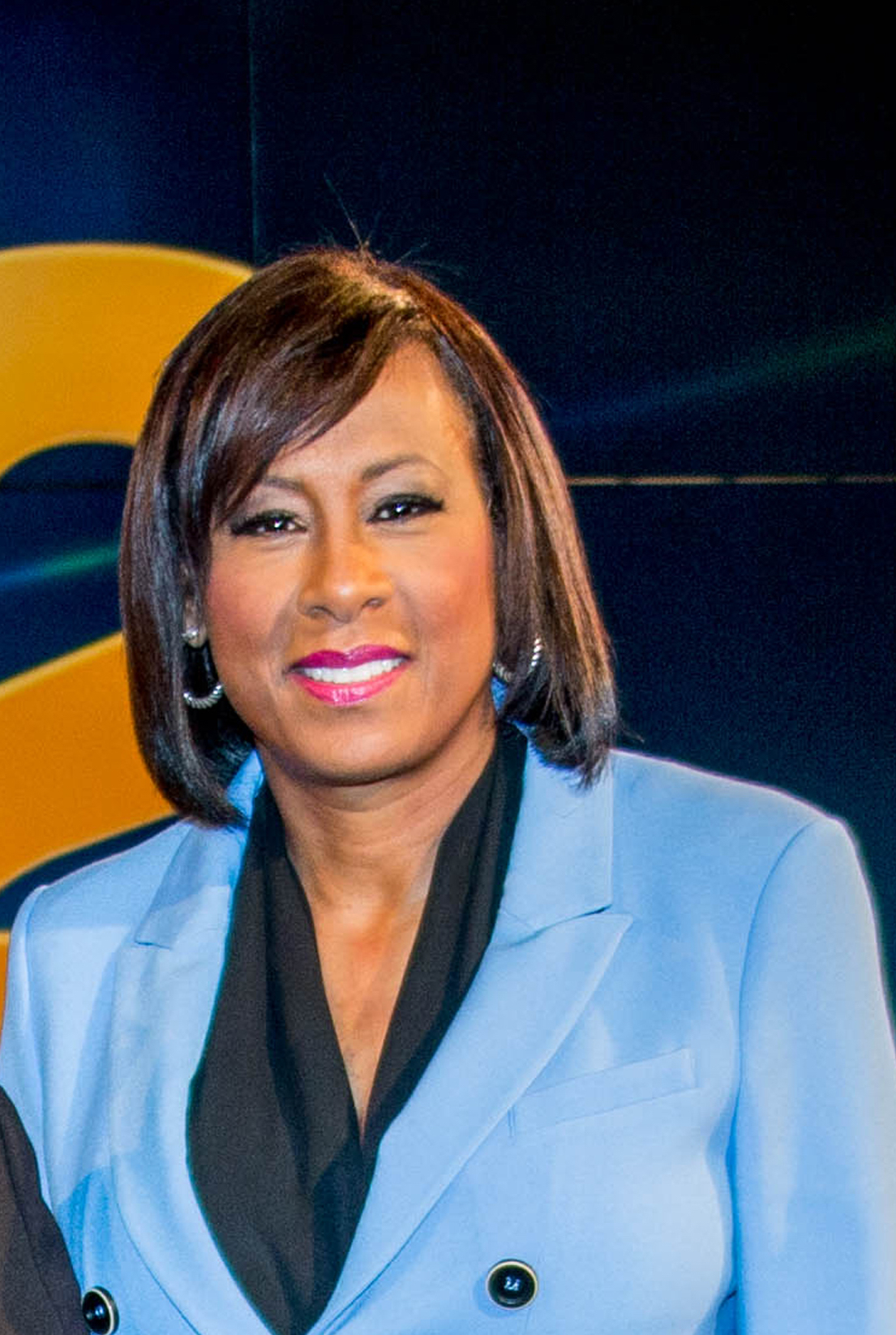 Another notable event close to his heart was the opportunity to expose race relations in LA following the Unite the Right rally in Charlottesville, Virginia in 2017 and the tragic consequences of one death and scores of people injured. Harvey hosted a televised discussion featuring Reverend Jesse Jackson, Sentinel executive editor Danny Bakewell, Sr., Rabbi Marvin Hier of the Simon Wiesenthal Center and late LAUSD director Michelle King.

“I was very excited that we were able to do this and that CBS decided to take what had happened and really open up about it and hear from people who really made a difference donate their points. different views on what happened there in Charlottesville and what we can do in society to come together. I was very happy with that. It really brought it to the fore because this particular incident affected everything the world, ”she said. 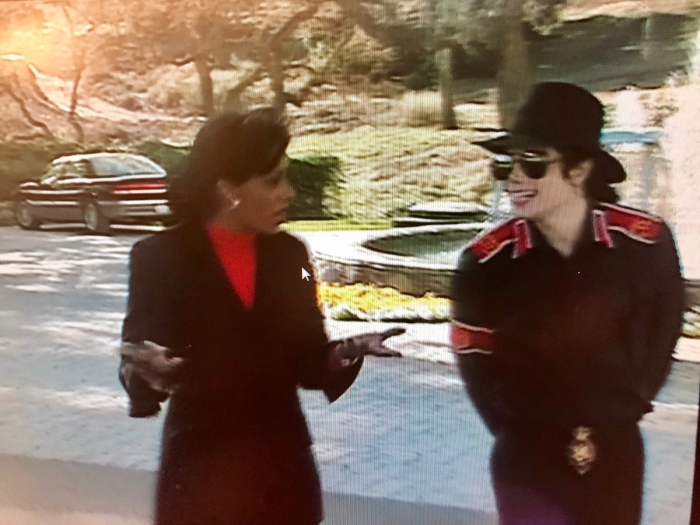 Harvey’s intuitive work has resulted in several accolades such as the Genii Award for Excellence in Television Broadcasting from American Women in Radio and Television – Southern California, the Joseph M. Quinn Lifetime Achievement Award from the LA Press Club , Associated Press “Best Newscaster” and the Hollywood Women’s Press Club for Ethics in Journalism.

His 23 Emmy Awards include recognition for his reporting on great basketball player Earvin “Magic” Johnson a decade after he was diagnosed with HIV and a multi-part East African series on the AIDS epidemic and the age-old brutal practice of female genital mutilation. In addition, she has received five Golden Mic Awards and was inducted into the National Association of Black Journalists Hall of Fame. 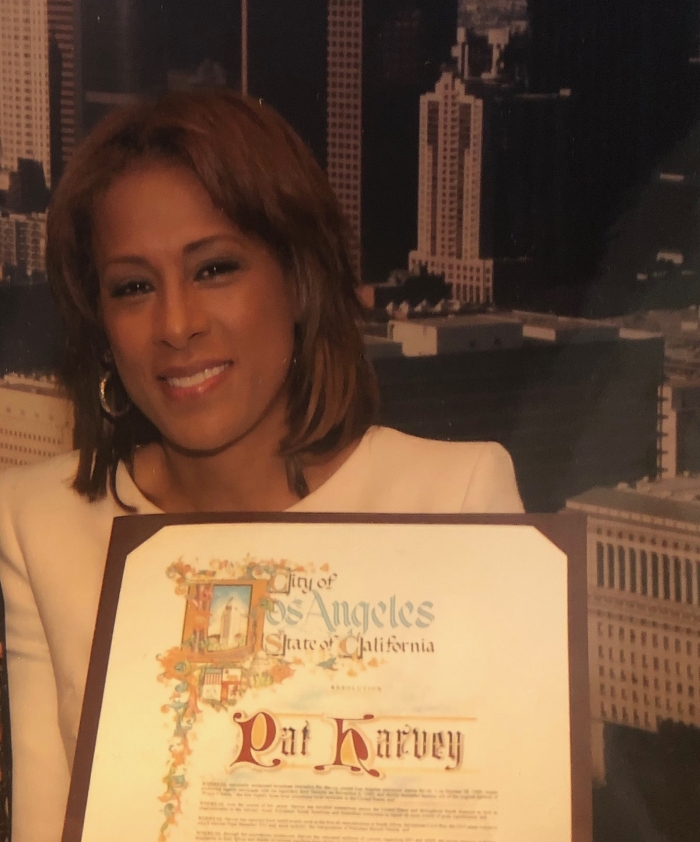 Despite his busy career and numerous accolades, Harvey still devotes considerable time to volunteering with organizations such as the NABJ-LA Chapter, the Special Needs Network and the MLK Community Hospital.

“I also love donating and handing out food for Jackson Limousine’s Thanksgiving Turkey Giveaway and always look forward to working with my dear friend, Sweet Alice Harris with Parents of Watts, for her Thanksgiving and Christmas gifts,” a she noted.

Harvey is active with the Good News Foundation, a group made up of four other fellow journalists in Los Angeles. The organization grants scholarships to future television journalists and raises funds to help various charities. During Harvey’s tenure as co-chair, the nonprofit built a library for the Downtown Women’s Center, a computer lab for School on Wheels, and a playground in South LA.

Viewing his father and mother as his role models, Harvey said watching them while growing up in Detroit inspired both his commitment to community service and his choice of career. 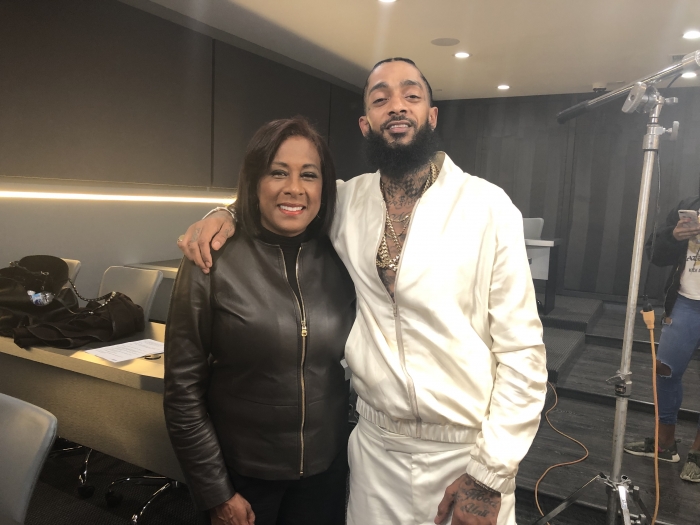 Harvey reported on the career of the late Nipsey Hussle. (Courtesy photo)

“My parents were middle class parents and were very involved in the community, schools, PTAs, Boy Scouts and all of that stuff. My mom wrote to everyone – the mayor, city council, the White House – and she got answers, ”Harvey said.

“I think the reason I got into journalism was because of the things my parents cared about and the things I heard them discuss and talk about. I realized that maybe I could make a career out of talking about this stuff or doing stories that could really make an impact on people.

Its making has become a reality for Harvey, who holds the title of longest-running LA prime-time presenter at a station. And as she hits the 30-year mark, she shows no signs of slowing down.

“I feel so blessed to be here for 30 years,” said Harvey. “I don’t feel like it’s been that long and for me it only means I’m still energized and I still have things to say!”