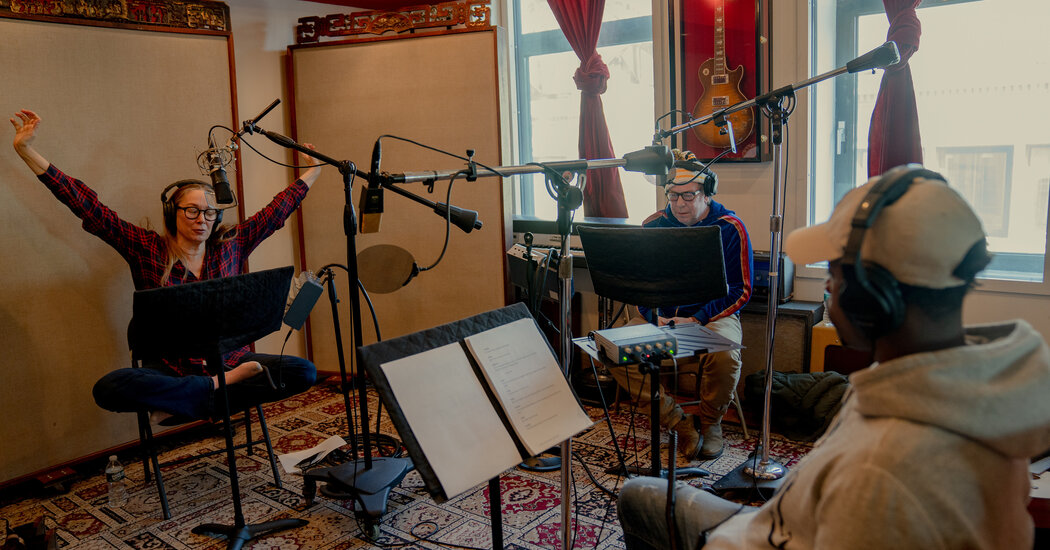 Radio Drama for a Podcast Age: How Amazon’s Audible Moved to Theater

Another advantage: artists are paid more for performances recorded and staged in person.

“The pay is wonderful and the reach is great,” said Robert O’Hara, whose planned Williamstown production of “A Streetcar Named Desire” ended up being made for audio by Audible, and who went on to direct the “Long Day’s Journey”. ” at Minetta Lane and in audio.

O’Hara, like other artists interviewed for this story, said Audible has been admirably hands-off. “I don’t get dramaturgical notes from Audible,” he said. “They have nothing to do with ‘Long Day’s Journey.’ They allow artists to be artists.

His staging “Long Day’s Journey”, although supported by an audio company, had a number of visually arresting moments, from its quiet opening to the projections used on stage. “For me, audio wasn’t the end destination,” he said. “The audio was the sauce on top. I was staging.

Marvel, who likened Audible to the Medici, the historic Italian banking family associated with arts patronage, said the shorter runtime of an Audible production was a plus for them: “It’s a wonderful time model, where you don’t give not four to six months of your life to a play. That’s a reasonable amount of time to give, which, as an actor who is a parent and has to earn an income in other ways, is realistic and useful.

There were other benefits. Marvel said it wanted to be involved in testing new forms of theatrical storytelling. “We all need to look to the future and keep opening the iris for new ideas and new ways of working and new ways for people to get to work,” she said.

Marvel and O’Hara also said they weren’t sure other producers, commercial or nonprofit, would have risked the shortened, contemporary version of “Long Day’s Journey” that Marvel had long wanted. make. “I don’t think there was anywhere else I could have gone,” O’Hara said. “No one in their right mind would let me cut this piece and modernize it.”