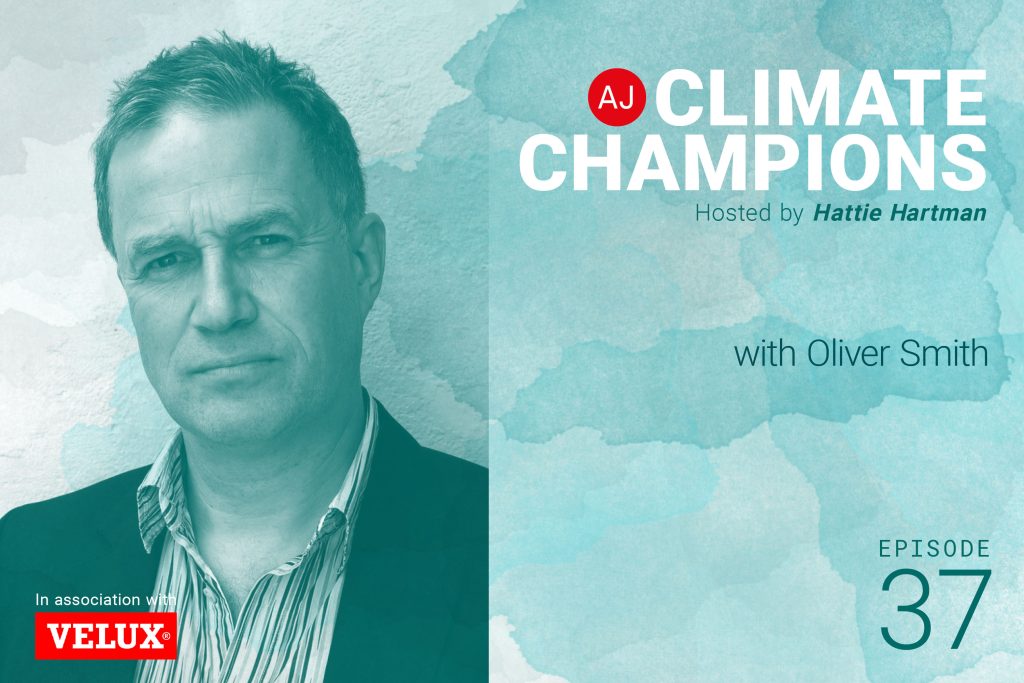 With this episode, Climate Champions is launching a mini-series on how to make heritage buildings more climate friendly.

We talk to Oliver Smith from 5e Studio on the radical renovation of the New Court cabinet at Trinity College, Cambridge. Completed in 2016, New Court remains a pioneering project, as it launched an ambitious sustainability program in a Grade I listed building using a nuanced approach that balanced heritage concerns with improved thermal and energy performance and interior comfort . The conservation methodology developed at New Court was subsequently adopted by Cambridge City Council.

Oliver explains how to intervene in heritage buildings in a way that respects their character and also responds 21stcentury’s expectations of comfort, convenience and durability. It challenges conventional wisdom about cold bridges at cornices and party walls, promoting the concept of “cool” bridges. He advocates making a building “as good as possible” without aiming for any particular environmental certification, which can lead to more insulation (and therefore more cost) than necessary.

In this episode, Oliver discusses how much to model and how much to monitor on any given project and why it’s best done during the winter. He sees the surveillance at New Court as a proof of concept that later buildings can emulate.

Oliver Smith is founding director of 5e Studio, a 25-person firm with offices in Cambridge, London and Oxford. 5e The studio works at a range of scales from master planning (assembling pedestrian networks across the Lea Valley even before London’s Olympic bid) to BLOQS, a 32,000 square foot ‘maker’ space at Meridian Water , Enfield, shortlisted for this year’s AJ Architecture Awards. The agency was also a pioneer in an ambitious process of upgrading the historic fabric of listed buildings.

Before co-founding 5e Studio in 1997, Oliver spent eight years working for Richard MacCormac and six years at Stirling Wilford. He taught for over a decade at the Cambridge School of Architecture. He is a member of the Cambridgeshire Quality Panel, the Edge think tank and an affiliate member of the Construction Industry Council.

Projects and resources mentioned in this episode

Towers of the Thames