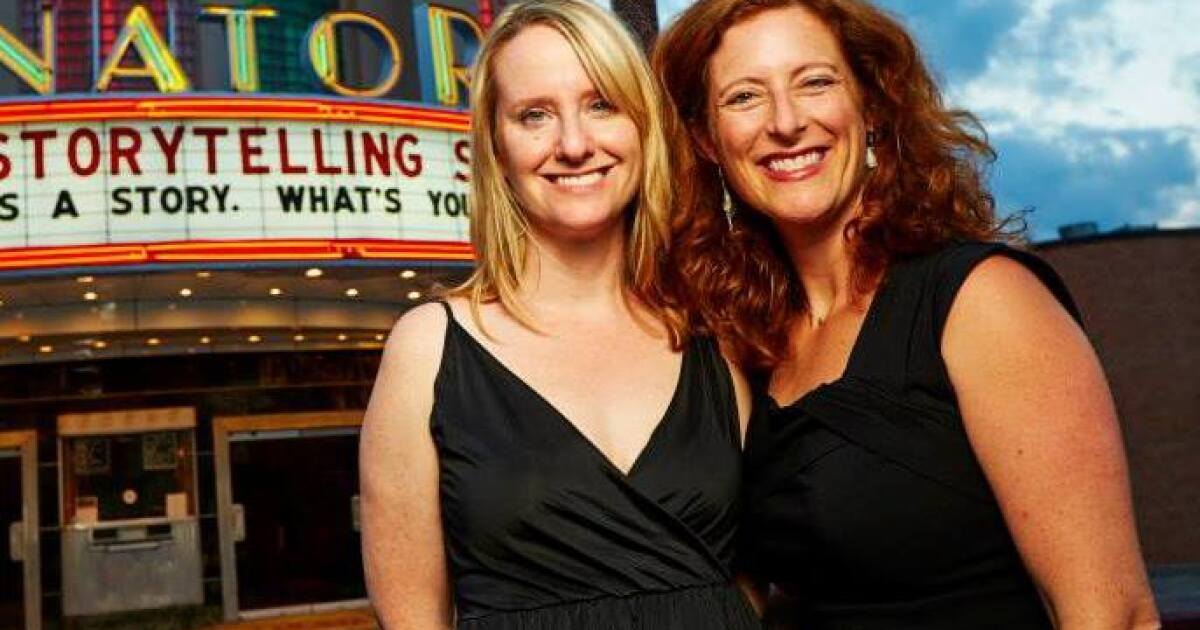 The Stoop Storytelling Series is a Baltimore-based live show and podcast that features “ordinary” people sharing the extraordinary, true stories of their lives. Since its founding in 2006, The Stoop has featured the stories of more than 2,500 people on stage, including notable citizens such as Congressman Elijah Cummings, Thread creator David Simon, activist DeRay Mckesson and Senator Barbara Mikulski. Hosts Jessica Henkin and Laura Wexler added a podcast in April 2016, capturing the spirit of live shows through weekly episodes featuring stories and narration.

“The Stoop story series podcast has a long track record and a loyal following, and we are thrilled to welcome Jessica and Laura and all of their fans to the Your Public Radio family,” said LaFontaine E. Oliver, President and CEO of Your Public Radio. “At WYPR, we work every day to share the stories of our local Baltimore community with our listeners. While bringing The porch internally at Your Public Studios, we will be able to say even more about these first-person testimonials.

Over 100 episodes of The Stoop story series podcast – which had an average download of 14,000 per month in 2021 and to date has been downloaded nearly 1,500,000 times – will be hosted with Your Public Studios, with new episodes released every two weeks. The porch is familiar to WYPR listeners. Some stories air on Fridays around 9:50 a.m. during On the fileand on disk lead producer Maureen Harvie will also help produce The Stoop story series podcast.

Host Laura Wexler shares: “We are delighted to formalize what has already been a wonderful partnership with Your Public Radio. We also encourage Your Public Radio listeners to share their stories on The Stoop stage. After all, our motto is: “Everyone has a story. What’s yours?'”

Your public studios host all podcasts sourced from WYPR, as well as podcasts from local independent producers and other local partners and organizations looking for quality podcast production and on-demand audio. The Stoop story series podcast and all podcasts hosted by Your Public Studios are available on major podcast platforms, wypr.org and yourpublicstudios.org.

About WYPR 20e Anniversary
For the past two decades, Your Public Radio, WYPR 88.1FM, has been the free public resource people have listened to to listen, learn, share, discuss, debate, reminisce and celebrate. From politicians, authors and actors to community members and advocates, medical experts, cultural and business leaders, artists, sports personalities and more, WYPR has welcomed esteemed guests to its Baltimore studio and on its airwaves to share these conversations with the community. Today, on the occasion of its 20e anniversary, the station will host a variety of in-person and virtual events, special on-air programming, fundraisers and unique activities for listeners throughout the year. To stay up to date on WYPR’s 20e anniversary events and programming, visit https://www.wypr.org/20.

About your public radio
Your public radio serves Baltimore, central Maryland and beyond. NPR station WYPR was founded in 2002 by members of the local community. It is an independent licensee with a diverse board of directors comprised of Maryland residents. In addition to broadcasting national and international radio broadcasts, WYPR excels in local programming, including its news, public affairs and cultural programs, and in 2021, Your Public Radio acquired WTMD 89.7 FM, preserving its format of award-winning music discovery and expanding Your Public Radio programming for the community. WYPR is located at 88.1 FM on the radio dial and at 2216 N. Charles Street in Baltimore. WTMD is located at 89.7 FM on the radio dial and at 1 Olympic Plaza in Towson. As listener funded radio stations, all station contributions are tax deductible to the fullest extent of the law. For more information, visit www.wypr.org or www.wtmd.org.