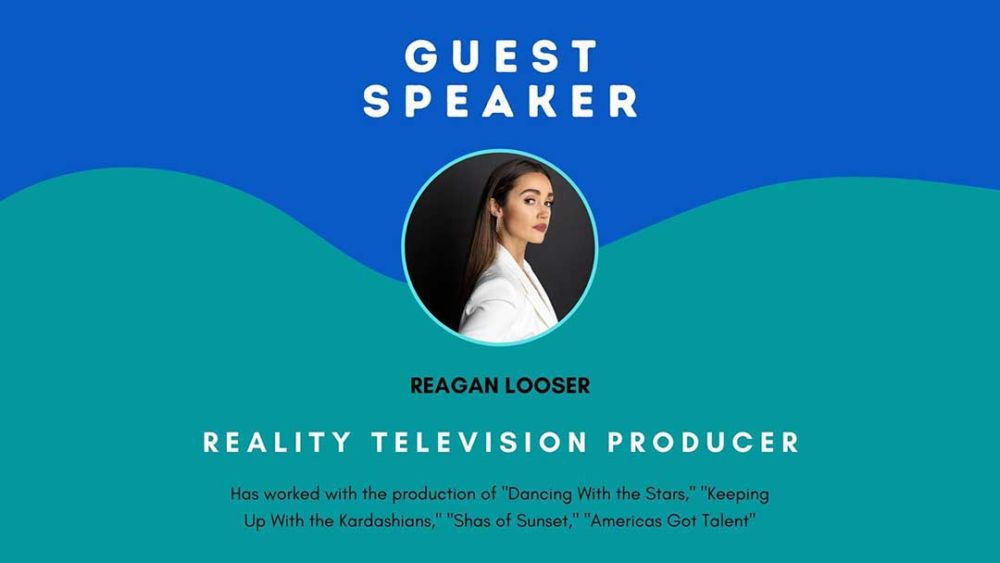 A University of Mississippi broadcast journalism graduate stopped by Farley Hall this week to share her thoughts on her career in reality television production with students in several classes.

Brandon native Regan Looser, 31, graduated from Northwest Rankin High School before enrolling at UM in 2009. She majored in broadcast journalism with a minor in film. After graduating, she moved to Los Angeles, where she now works in production for reality television.

Although she likes to see a story come together in the editing bays, she said she wanted to be in the middle of the chaos, creating stories on the ground.

“Getting into production is competitive and difficult at best, so I started by helping talent during shows to find out what they’re thinking and saying when the cameras aren’t around,” she said. “I used that to help me better understand how to talk to them and deal with them once I became a producer.”

Looser has worked as a talent assistant on several reality TV shows.

“Because I’ve worked directly with actors and guests on reality TV shows, I’ve had the opportunity to sit in on their interviews with producers,” she said. “The more I listened to the producers’ interviews, the better I understood how they made the filming decisions to put the story together. At that time, I knew that becoming a producer was my career goal.

Because she works as a freelancer, Looser said she bounces from show to show. She recently worked as a segment producer for a show that aired in February called “The Real Dirty Dancing” featured on Hulu.

“Fun fact,” she said. “I’m the one who gets lifted in the lake scene in the show’s promotional commercials and trailer.”

Some of his job responsibilities have included:

“I love what I do,” Looser said, “and the best thing about it is that I’m constantly learning about, for example, individual cultures and backgrounds. I was on the production team of” Bling Empire” and learned a lot about Asian culture, food and history. The people I work with have broadened my knowledge and made me curious about the world.

His most important advice is: “Ask for help”.

“If you’re trying to get into this industry and you know someone, or you know a friend of a friend, ask them for help,” she said. “Meet for a coffee or send an email asking all your questions.

“Networking gets you in and keeps you in, so don’t be afraid to reach out to someone even if you don’t know them very well. On top of that, be nice to everyone. Yes, I know it sounds cliché, but you never know who you’re talking to here. Everyone knows everyone.

“Many Facebook groups are full of cameramen/women, producers, stylists, hair and makeup artists and talent just waiting to get involved,” she said. “If you have a fun idea for a segment, or an interview, or anything you’d like to see on TV, create it yourself. What’s amazing about this industry is meeting new people and sharing ideas so you can help each other make them a reality.