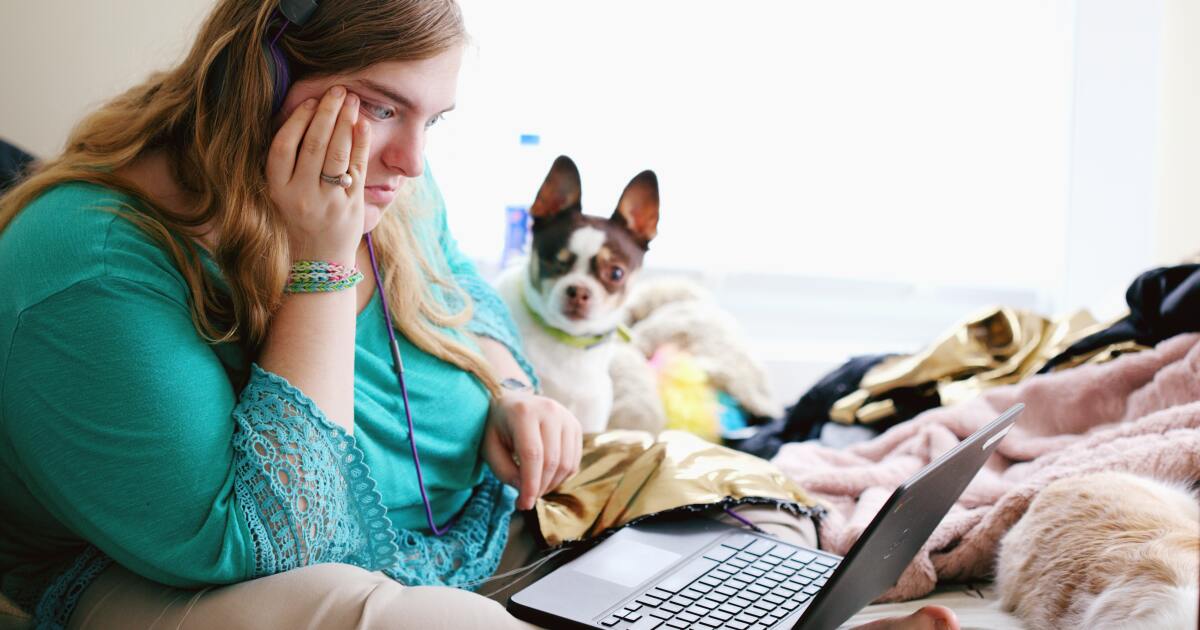 If you’re like most of us, trying to get online during a global pandemic, you probably have a bittersweet relationship with a program called Zoom. It is useful, but also exhausting.

Julie Boland, professor of psychology and linguistics at the University of Michigan, calls this feeling zoom fatigue. This is a problem that remote workers and students are familiar with. Part of the problem stems from difficulty finding a turn to speak, disrupting the natural flow of in-person conversation.

“Response times were about three times longer when conversing on Zoom than in person,” Boland and his team of three undergraduate students concluded of their study participants.

“Pauses between speakers in, say, a two-person general English conversation are, on average, only about 200 milliseconds,” Boland said. “And that’s faster than we can do just about anything.”

She explained that in order to respond so quickly in person, scientists believe that a conversation partner’s brain waves synchronize with the rate at which the other partner speaks.

“This kind of automatic synchronization of your brainwaves doesn’t work as well on Zoom because, in addition to the kind of normal speech rate variability, you have this extra variability caused by electronic transmission lag.”

She continued to say that response times are just one contributing factor to Zoom fatigue.

“It’s probably the combination of a lot of different things,” Boland said. “That can include that we don’t make the same kind of eye contact, for example, or non-visual cues don’t work as well because maybe you don’t see the person’s body as much.”

When it comes to combating zoom fatigue and maintaining your break, Boland offered some tips.

“I would suggest experimenting with the settings,” she said. “Turn off the cameras. It can help. You can try connecting by phone instead of Zoom. Sometimes I find that switching between phone and Zoom is always more enjoyable than Zoom.

Throughout her studies, Boland also observed a natural adaptation to Zoom fatigue that helps remote workers communicate in online meetings. But that might be the last thing you would guess: talking any longer.

“If part of the problem and zoom fatigue is the kind of added stress of deciding when to start talking after your partner has, taking longer turns is a way to alleviate some of that stress because there is less back and forth. So it’s something that people seem to do naturally without even thinking about it.

And another unexpected suggestion from him evokes the animal world:

“I often had a pet that popped up while I was teaching, and my students kind of liked it, I think.”

Looking for more conversations from In the USA? This way.

If you like what you hear on the pod, consider supporting our work.

In the USAThe theme music of is 14KT.